I would not want my halter left on.

Posted on November 25, 2015 by portershorses

Bailey was being boarded at the time of her scary incident when her halter was left on overnight while she was in her stall.  It was a mistake made by the barn workers, that had to be traumatic for Bailey, and could have resulted in a very serious injury.  Bailey had been out in pasture all day and brought into her stall for the evening.  Routine at the barn was to take off the halter when the horse was in the stall and hang the halter on the hook by her stall.  The next morning I arrive to get Bailey ready for a ride.  Her halter is not hung up in its place.  After a quick search, I see laying in her stall the halter, but what is shocking is the metal ring is cut off!  The stall at the barn I was boarding at had metal rungs on the door and the stall window had rebar on it.  On the stall next to Bailey a few of the rebars were separated at the weld junction.  I was aware of this as earlier in the day the owner of the barn had done some welding on that particular stall since we had witnessed the horse get hung up with his halter.  It appeared during the night Bailey had reached her head over to visit the neighbor horse and the pressure of her head pushed against the un-welded rebar and caught her halter that was left on that night!  Who knows how long she was stuck like that!  It had to be a long time of struggling back and forth until the thick metal ring on a Hamilton halter was cut and she was free!

Still think leaving a halter on is ok unsupervised? 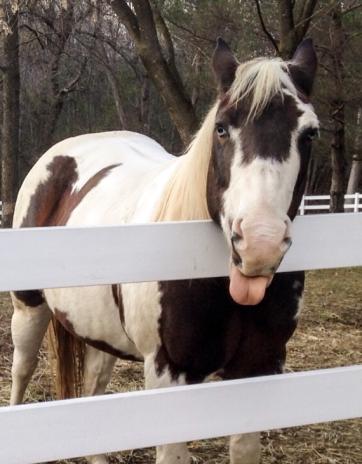 Now Cheyennes story.  This story will be hypothetical as I don’t know for sure why she is missing fur on her nose where the halter strap lays.  Cheyenne has had a handful of owners due to some of her previous issues.  One of her issues was she was hard to catch so I assume a halter was left on her 24 hours a day and very tight, and possibly too small of a halter as she has a big head.  I have owned her a year and a half and the fur has not come back and never will my veterinarian told me.  She was missing it with the previous owner too.  I feel embarrassed when people see Cheyenne’s nose as I wonder if they think I caused that by leaving a halter on her incorrectly.

You say you need the halter on to catch your horse?

Cheyenne was a difficult horse to catch when I got her.  That was solved in a couple of days without leaving a halter on her.  Like anything with horses, it is not them, it is us and how we interact with them for their success. 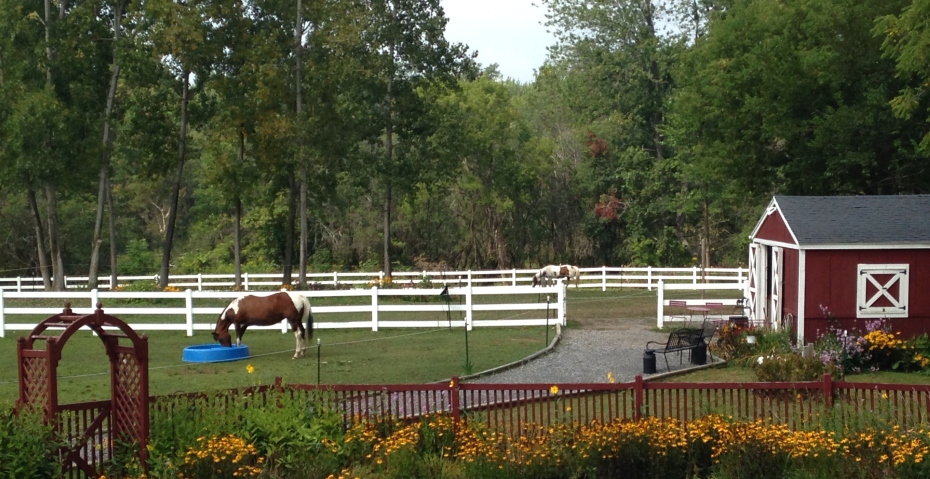 They sell breakaway halters, so if you must, please at least invest in that halter so your horse has some chance in a crisis.

Halters left on a horse can cause so much havoc.  Not being properly fitted that causes rubbing on the face, or so loose that the horse can actually get their hoof caught in the halter when in a grazing position.  A halter can easily get caught on obstacles in pastures like fences, branches, get caught up and drag branches, even water buckets with handles.

It’s just a bad idea to leave a halter ever on a horse unattended.